In the past, this testing procedure was referred to as either PGS or PGD, depending on the purpose of use. The term PGS, short for pre-implantation genetic screening, was used to refer to cases where there was no genetic/medical justification behind genetic testing. This would include patients seeking this treatment due to older age or gender selection for family balancing. PGD was used for cases that required testing for a known genetic condition.

The European Society for Human Reproduction (ESHRE) classifies PGT into three categories, based on the clinical reasoning for seeking treatment. These are:

PGT-A is to identify embryos affected by possible chromosomal anomalies that will affect an embryo by chance. So, in this case, there are no known genetic issues with the parents and the intention is to exclude the likelihood of having a baby with a chromosomal anomaly due to age or some other environmental factors. Therefore, a general screening is done on the possible chromosomal anomalies on the embryos. PGT-A is also used for selecting the sex of a baby either for genetic concerns or for family balancing. PGT-A is the new term which has replaced PGS.

PGT-M is performed for monogenic/single gene defects. It helps prevent certain diseases or disorders from being passed on to the child from the parent. So, in this case, there is a known genetic condition with either one or both parents and the idea is to keep this from passing down to the next generation. Some examples would include sickle cell anemia, beta thalassemia and cystic fibrosis.

PGT-SR stands for structural rearrangements. This option is used for patients who have a chromosome translocation or inversion. These issues can increase the likelihood of a miscarriage or having a child with a genetic defect. So, the purpose is to identify embryos that have the correct amount of genetic material.

PGT-M and PGT-SR are the new sub-categories of PGT which were previously referred to as PGD.

How is PGT performed?

PGT is not a stand-alone treatment and can only be offered as part of an IVF cycle as it requires taking a biopsy from embryos. Therefore, it requires access to embryos in the laboratory environment, which can only be possible during an IVF treatment. Essentially, a similar genetic technique is used in all three cases. However, the approach and the probe used for diagnosis will differ in each case as each method aims to look for a different aspect of the embryo genetics.

There is the most basic FISH testing which allows for a general screening but fails to address more sophisticated genetic analysis and then there is the gold standard next generation sequencing which can provide a comprehensive overview of different DNA variations, genetic recombination and other mutations that cannot be obtained via any other method of screening.

Fluorescent in situ hybridization (FISH) is the simplest screening method used to determine the chromosomal contents of embryos formed. FISH method can be employed on polar body biopsies, blastomeres and trophectoderm biopsies. With the FISH method, the biopsied cells are fixated on a glass slide and are hybridised using DNA probes. These probes are for specific chromosomes and they are labeled with a fluochrome. 5-chromosome probe is the most common FISH analysis where chromosomes X, Y, 13, 18 and 21 are screened. 90% of genetic abnormalities observed at birth are caused by these chromosomes. FISH can be a sufficient screening method for PGT-A when couples are interested in screening their embryos for major genetic disorders of choose the sex of their baby.

Next generation sequencing (NGS) is the latest technology in embryo screening methods. North Cyprus IVF Center proudly offers NGS to its patients as the SOLE owner of “Next Generation DNA Sequencing” in entire Cyprus and 1 in 10 clinics in the world. Next generation sequencing goes a few steps further and allows for an in-depth analysis of all the embryos produced during the IVF cycle before they are transferred into the uterus.

NGS is superior to both FISH and array CGH methods since it has the ability to detect mosaicism in embryos. Mosacism is observed when embryos’ cells have different genotypes. Next generation DNA sequencing can determine if an embryo has mosaicism and which chromosome is affected. With the use of next generation DNA sequencing, it has become easier to identify embryos free of many genetic disorders and help couples conceive without worrying about possible genetic anomalies which they may be predisposed to.

Please contact us for more detail on Pre-Implantation Genetic Testing. 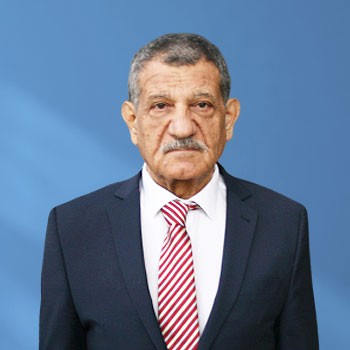